What is it?
Discus Glider X is an add-on for Microsoft Flight Simulator X from German publisher Aerosoft. Based around the Schempp-Hirth Discus B.  The original release offered ten models but with the upgrade to version 1.5 a further three models were added, all with English cockpits and British markings.  Five Discus B gliders are provided, four in German markings and one in British colours. The Discus BT has an auxiliary engine which can be used in flight but is not capable of being used for take-off; five of these are provided - four in German markings and one in British colours. The Discus BM can use its engine for take-off but only around nine have been built; three of these are provided - two in German colours and one in imaginary British markings. Because Microsoft Flight Simulator X will not allow aero tows if the towed aircraft has an engine, Aerosoft has thoughtfully also included the WinchX! facility, which allows all three types to be launched using this module. Of course the pure glider Discus B can still be launched using the default FSX aero tow facility. Comprehensive documentation is also provided. Cable release [click on image to see larger version]
Opinions
I confess I waited impatiently for this title to be released and those 20 months while it was in development passed by very slowly, cheered only by the odd 'taster' on the Aerosoft web site of what delights were to come.  In my opinion this package takes FSX in a direction hitherto unexplored by most mainstream publishers, namely into the wonderful world of gliding (or soaring if you prefer).  Granted, the default FSX glider opens up this aspect but the Aerosoft package is, in my opinion, the first to really offer something serious and realistic for gliding enthusiasts. By including a motor glider in the package. Aerosoft has also ensured that those seeking full reality can take off, find their own thermals and then glide away.  The WinchX! utility also offers the chance to soar into the skies with all three models as well as having the option to have an aero tow with the pure glider Discus B, of course.

Initially this package provided ten Discus models, all in German markings and with German language cockpits which had the desired effect of ensuring that users read the manual, especially if, like me, you don't speak German!  The Aerosoft Forum also had quite a dominance of German language postings on this package, which may not be a surprise given that the designer is German, but it did lead initially to a little disappointment that the package and support wasn't so 'English friendly' as some Aerosoft releases have been.  However, with the subsequent release of an update, taking Discus X to version 1.5, three gliders wearing British markings are now included and these also have English language in the cockpits so if you speak English and haven't upgraded to version 1.5 yet, I'd recommend it, especially as it fixed a few other early teething troubles.

The cockpits are different for each Discus variant and only the Virtual Cockpit is provided. Not having a 2D cockpit might appear to be a minus point but actually I have found that there really is no need for one.  The Pocket PC (GPS device) is a little hard to read but the designer has already thought of that and, with a click of a switch, a larger version is opened in a new window in FSX.  Reading the manual is certainly a must with this package if you are to fully understand how the cockpit works from basics such as releasing the cable to starting, stopping & stowing the engine or understanding how the complex C4 Flight Computer works - there is a separate manual for the latter.  Other aspects to master are the water ballast system and the spoilers, which can be set to work on a sliding scale, rather than just fully in or fully deployed.  All of this leads to a highly realistic experience from inside the cockpit with the sound system being the icing on the cake!

WinchX! is a very simple package to operate and it runs separately in FSX.  Before launch the user sets the cable length, desired airspeed and cable strength before activating the winch process.  Once the winch launch has taken place (assuming the cable hasn't broken), using the glider's cable release sets you free and the cable even descends on a visible parachute.  Included is a manual explaining about WinchX!, although I found it so simple to use that I didn't not need to refer to the manual initially. From the same designer as WinchX! comes another free package, CumulusX!, which creates thermal lift with appropriate clouds and, while this is not included in the Discus X package, it comes recommended - a link to the relevant web site is given below.

The end result is a quite superb and novel add-on for Flight Simulator X which must surely tick many boxes for those, like me, who have been keen to exploit further the options that FSX opens up as regards gliding. I have spent many happy hours testing out this package and now that the testing is over, I shall still come back to Discus X, I feel certain!  I am also quietly hoping that sales of this package go well so that Aerosoft will be convinced to consider producing other gliders for FSX and even inspiring some of its competitors to join the fun and get the gliding bug.

Do I recommend this? I surely do! Also available:
(no other gliding titles available for FSX?) 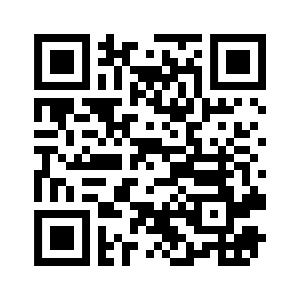